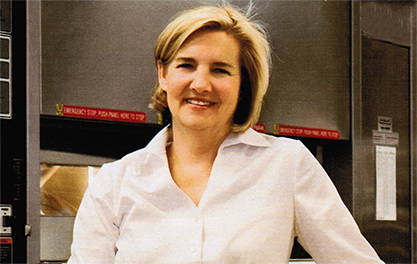 As a girl, Janie Clapp loved cooking with her great-grandmother. “She was so precise and particular about the ingredients,” recalls Clapp, now 58. “It made a huge impression on me.” Today, Clapp brings those high standards to Janie’s Cakes, her pound cake company in Tyler, Texas.

Clapp’s business began as a hobby, whipping up desserts for friends and family. But by 1981, her scrumptious pound cakes had attained such a following that she decided to ditch her job in clothing retail and open a bakery. Though Clapp still sells her signature pound cakes-in eight flavors, including lemon and cinnamon-from that original shop, she does most of the baking at a new 3,500-square-foot-facility.

Janie’s Cakes became profitable in just two years, allowing Clapp to repay her $20,000 loan sooner than expected. To celebrate, she made a cake shaped like a money bag for her loan officer. “That was the first time I thought, I can really do this,” she says.

Clapp and her husband, Matt, host a summer camp for more that 1,000 children at their Rockin’ C ranch. “It’s amazing for the kids, and for us,” she says.

“I’m really picky about ingredients – that’s something my great-grandma taught me.”

Janie Clapp ships up to 1,300 pound cakes a day from her Tyler, Texas headquarters. A signature sugar blend gives the pound cakes a sweet, crunchy bottom. Clapp’s 300 chickens provide the farm-fresh eggs used in their desserts, and Online orders make up 60 percent of sales. (Cakes, from $18; janiescakes.com)

Use left/right arrows to navigate the slideshow or swipe left/right if using a mobile device
Product has been added to your wishlist.
You can view your wishlist by creating or login account.
Please create account through ##customer_email## email
Login Register